As a rabbi and an imam who have been working together for nearly a decade to nurture ties of communication and cooperation between Muslims and Jews worldwide, we find it moving that two of the most important holidays in our respective faiths, Yom Kippur and Eid al-Adha, will overlap this year on the same day, September 23, 2015.

The holidays also overlapped at the same time last year, but normally these two holidays only coincide every 33 years. Such an infrequent concurrence of the two holidays is perhaps appropriate, for while there are many striking similarities in our two faith traditions that Jews and Muslims need to learn more about, Eid-al-Adha and Yom Kippur could not be more different from each other.
Eid al-Adha means « The Feast of the Sacrifice » and commemorates the willingness of Abraham (Ibrahim) — the Patriarch of Muslims, Jews and Christians alike — to sacrifice his son, Ishmael, as an act of submission to God’s command, before God intervenes through his angel Jibra’il and informs him that his sacrifice has already been accepted. (Jews, believe it was Ishmael’s half-brother Isaac whom Abraham was prepared to sacrifice).

Eid al-Adha is one of the most joyous events in the Muslim calendar, when extended families get together to celebrate over a festive meal containing goat or sheep. The family retains one third of the share of the meat and another third is given to relatives, friends and neighbors; and the remaining third is given to the poor and needy.

Yom Kippur, on the other hand, is the Day of Atonement and is characterized by fasting and prayer. Yom Kippur is the culmination of the Days of Awe, which began 10 days earlier on Rosh Hashanah, during which God inscribes each person’s fate for the coming year into the Book of Life and during which each individual searches his soul and seeks forgiveness for wrongs committed against God and other human beings. During the evening and day of Yom Kippur, Jews confess their sins to God both publicly and privately and ask God for forgiveness.

So, Eid al-Adha is a day of communal celebration and Yom Kippur a time of personal introspection. Yet before one jumps to the hasty conclusion that the first form of religious observance is characteristic of Islam and the second of Judaism; please remember that Muslims fast, confess their sins and abstain from physical pleasures every day during the month-long observance of Ramadan, whereas Jews have joyous and transcendent holidays like Passover and Chanukah, celebrating their liberation from slavery and triumph over oppression.

Indeed, each of the two faiths is a complete belief system that permeates every aspect of their adherents’ daily lives. Each has an all-encompassing system of religious law; known respectively as halachah and shar’ia; both have dietary laws, and similar customs pertaining to circumcision, ritual purity, marriage and burial, as well as many common prayers.

As noted above, each goes back to a common patriarch Abraham/Ibrahim. While the two families began feuding almost immediately when Abraham’s wife Sarah convinced him to cast his consort Hagar/Hajar out into the wilderness with her son Ishmael/Ismail. That’s where, the Torah informs us, God led them to water, prophesizing that Ishmael would sire a great nation. Eventually Ishmael and Sarah’s son Isaac, reconciled and came together to bury their father Abraham in the Macheplah in Hebron/El Khalil.

So, Islam and Judaism are two faith traditions literally separated at birth that nevertheless have a huge amount in common, including rigorous adherence to monotheism in a way that set these two Abrahamic faiths apart.

And yet, as close as our two faiths are in so many respects, today, tragically, Jews and Muslims are also far apart, separated by miscommunication and mistrust that is exacerbated by the century-long conflict between Israelis and Palestinians. Yet we can agree to disagree on aspects of that conflict while resolving to reach out to each other on a personal level in the interest of both of our communities and the larger communities in which we live side by side in countries around the world.

This year, the Foundation for Ethnic Understanding is sponsoring events in cities in more than 30 countries on five continents on the theme of ‘We Refuse to be Enemies.’ Indeed, we have the power to end the adversarial relationship that has tragically developed between our peoples if we resolve to reach out to each other on both a grass roots and leadership level. The two of us know from our personal experience, from the deep personal friendship we have developed– how enriching is the process of reaching out to each other and recognizing our common humanity. Over the past decade, we have seen more and more Jews and Muslims become involved in this holy outreach work, and we are confident this movement will grow even larger in the years ahead.

So yes, Eid al-Adha and Yom Kippur are very different holidays. But on September 23, we suggest that as many Jews and Muslims as possible take a few moments during our separate holiday observances to think about our brothers and sisters of the other faith, and pray for their happiness and well-being. Believe us, Jews and Muslims have much more that unites us than divides us; both in our core beliefs and in our common humanity.

The Foundation for Ethnic Understanding
Rabbi Marc Schneier and Imam Shami Ai are co-authors of Sons of Abraham: A Candid Conversation about the Issues the Divide and Unite Jews and Muslims, Beacon Press. 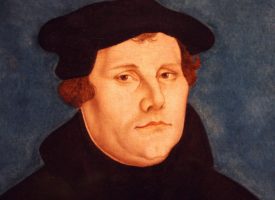 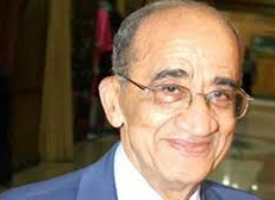 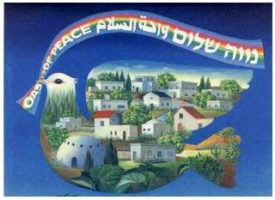